The straight facts on stacking 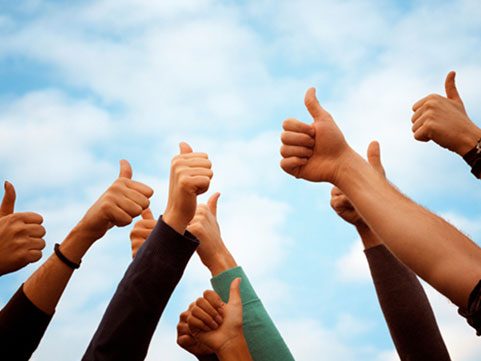 There are certain compensation strategy problems that we see play out again and again around the industry. Stacking is one of them. It is the bane of level commissions, and it can cripple an organization—distributors who stack take away more money than the compensation plan is designed to pay them, hurting not only the company itself but their fellow distributors as well. Luckily it is a well-known problem. Ways exist to design your compensation plan to prevent it.

Level commissions pay distributors a percentage of the volume generated in a set number of downline levels. So if the percentage is 5%, the number of paid levels is five, you’re three levels below me, and you spend $100 on product, then I get $5 and so do the two distributors between you and me. Stacking occurs when a distributor realizes that if he sponsors—for example—his wife on his first level and places all of his other recruits under her, together he and his wife get 10% total (5% to her, 5% to him) without doing any extra work. Maybe he then realizes that he could make fifteen percent by sponsoring his mother under his wife and so on.

You might be wondering what’s wrong with distributors doing this. The purpose of setting up a level commission is to reward the upline for building the organization. Stacking defeats this objective by stealing commissions from the upline. If everyone stacked to the fullest possible extent—filling all of the paid levels between them and the volume their real recruits generate—, no one would receive any downline commissions—they would only be paid on their own recruits!  If stacking pervades your organization, the net effect is the same as simply paying a one-level commission.

It’s interesting to talk to people who stack and point out to them that if their downline stacks, then they won’t make any money. Almost universally, they’ll tell you that they don’t allow people in their downlines to stack! If a company wants to have a level commission and have it work the way it’s designed, the company must find a way to eliminate stacking. There are three ways for companies to deal with stacking. Let’s talk through each of these options.

The most successful method for preventing stacking is to create rules that make it unprofitable. For example, you can make a rule that specifies that in order to receive commissions, distributors must have no more than half of their commissionable volume in any one downline leg. With this kind of rule in place, distributors who want to stack will have to either stack two legs at the same time—tricky—or generate equal volume in a leg that doesn’t give them that boosted—stacked—commission. Some distributors will choose to stack even with such a rule. However, it will be much more difficult for them.

The second method is enforcement. The company watches to see if anyone is stacking and punishes those who are. (Trust me—the upline will inform the company if someone beneath them is stacking and thus stealing from their paychecks.)  The problem with this method is an issue of public relations. A company never wants to put itself in the position of having to punish its distributors—the position of being the bad guy.  Besides, sometimes it’s perfectly legitimate for a distributor to sponsor his wife. However, the anti-stacking police can’t always determine whether what has happened is stacking or legitimate business.

Head in the sand: ask distributors not to stack

Finally, companies have the option to ask their distributors not to stack. In 30 years, I have never seen this method work. Yet time and again when I’ve told companies that their commission plans are susceptible to stacking, they find both of the options described above unpalatable, so they choose to go this direction. I obviously do not recommend this course of action.

Want help designing an unstackable unilevel plan? Reach out to us at MLM Compensation Consulting. We offer data-driven compensation plan design and analysis.

Mark Rawlins © All Rights Reserved. No part of this article may be reproduced or transmitted in any form or by any means without exclusive permission in writing from the author.