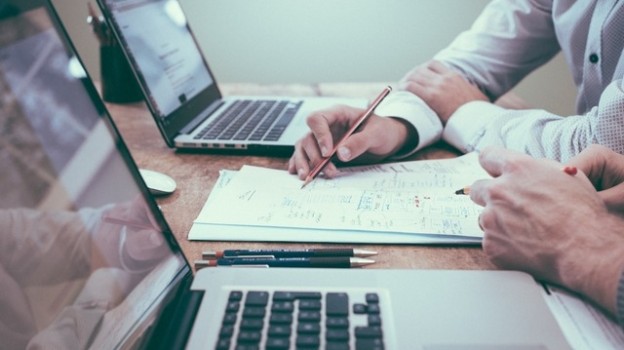 A brief history of the three plan types

Modern breakaway MLM plans came around in the mid-1970s, although older (and now nearly unrecognizable) versions of the plan existed far earlier. Unilevel MLM plans came on the scene in the early 80s and binaries came in in the late 80s. Nearly all of the largest multi-level marketing companies have breakaway plans of some sort. For years we thought there would never be a billion dollar unilevel or binary. This year, two unilevels and one binary broke that expectation. One reason for the historical dominance of breakaway companies is that they don’t make constant or dramatic changes to their MLM plans. The success of these large companies may also be a result of the fact that they’ve been around longer—they’ve had more time to accumulate their sales forces and they’re more widely understood.

You might have heard someone say that one types of MLM plans is more complex than another. At one point this might have been true but it isn’t anymore.

The invention of the unilevel came about because people thought breakaways were too complex. (Folks also believed breakaway plans encouraged front end loading and hurt the little guy, although public perception is not always correct.) However, the original, simple unilevel model didn’t pay out enough to each of the types of distributors. Therefore companies hybridized the plan with other commissions until it paid out sustainably. Subsequently, it became just as complex as the breakaway.

After that, binary MLM plans were invented to serve the same purpose—to be easier to understand. However, just like the unilvel, the binary had to adapt.

Today, all three types are equally complex, and the unilevels and binaries of the 80s and 90s would be unrecognizable today.

Let’s review these three types of MLM plans and how they divide and organize their sales forces, also known as distributors.

When a distributor beneath you reaches the breakaway rank, you no longer receive any differential bonuses from them or their downlines—they take the whole differential. This means that if you’re a breakaway and someone beneath you breaks away as well, you need to make up for the volume that’s no longer in your personal group in order to stay qualified. It also means that the compensation plan needs a new way to reward you if you do maintain your rank. Your downline is growing so your compensation must grow as well.

This is accomplished with a generation bonus which is a type of level bonus. The generation bonus pays you a percentage of the group volume of each breakaway beneath you (down a certain number of generations). Again, we won’t go into the details of a level bonus, but I encourage you to read this article if you don’t already know how level bonuses work.

The unilevel commission pays well, but only if you’ve built a substantial organization; it does not pay new distributors enough to keep them engaged. If the unilevel pays 5% and you only have one level beneath you, you have to generate $10,000 of volume in that first level in order to make $500. That’s a lot of money to bring in without much of a reward.

In order to pay salespeople, unilevels have to supplement their baseline commission with other bonuses. In the early days of the unilevel plan, plans which did this were called “hybrid unilevels” but it’s now so uncommon to see a unilevel without other bonuses that the term “hybrid” has fallen out of use—all unilevels are hybrid unilevels. Often the bonus that unilevels use to compensate sales people is the fast start bonus. Unilevels also often incorporate bonuses that pay top level distributors. Often they use pool bonuses, which pay equal shares of a percent of all company sales to a group of distributors.

The binary is similar to the unilevel in that it has one commission type that defines the plan name. But in order for them to work, they had to incorporate other commissions. Like unilevel, binaries usually employ a fast start bonus to compensate sales people and a pool bonus to compensate top level distributors. The binary has changed the most over the years.

The binary commission defines the structure of the tree. Each person has only two downlines or legs. Distributors work to build both legs but earn commissions on only one of the two—the leg with the lower amount of volume. This is called a pay leg commission, and you can take an in depth view of it here, if you’re not already familiar.

A distributor’s objective, in a binary, is to keep both legs balanced. Your strong leg (or reference leg) is the weak leg (or pay leg) of the distributor above you, so your upline will help you build this leg. In order to take full advantage of the volume in your reference leg, you need to grow your pay leg.

The commission itself is a percentage of the entirety of your pay leg. No matter how many levels away from you a sale happens, you get the same percentage on it, no matter what your rank is. The percentage is usually the same from binary to binary, but the commissionable dollars of the whole organization are capped at a certain percentage to keep the company from paying out more than is sustainable.

To summarize, with the breakaway commission plan, there are well defined roles. With the unilevel plan, there is only one role. There are ranks, but bonuses are paid the same to everyone. The same is true of binary plans, but ranks are almost meaningless; the focus is for distributors to try to balance volume between both legs of the organization. These are the absolute basic facts about the three types of compensation plans.

Check out part two to learn about the monthly qualifiers, paid volume, and pay percentages of each plan type.