Beyond pink: Research shows what motivates women in purchasing decisions 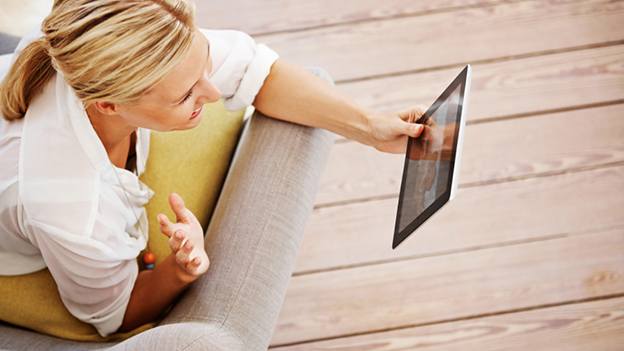 What do Bic Pens and Dell Computers have in common? Sure, you can use both of them to write. However, that is not the comparison I am addressing. The commonality is that both companies attempted to market specifically to women in ways that created backlash from consumers (http://jezebel.com/5780481/bic-for-her–finally-a-pen-ladies-can-use). Bic Pens came up with Bic for Her, a line of pens for women. The pens are slimmer and in pink and purple. You can still purchase Bic for Her if you want. I find the regular size pen is adequate for my hand. In 2009 Dell Computers attempted a similar “make it pink” campaign which also backfired. A few years back, I wrote an article on what women want. Now the question is have Pinterest, Amazon Prime, and internet avenues for shopping changed what women want?

I wanted to update the marketing to women article that I wrote a few years back based on Faith Popcorn’s book, Eveolution. I began my search on the internet to find the amount women spend and on what. I found a group of websites all quoting each other. No one seemed to have facts. When I searched on academic publications, they also seemed to be citing sources that do not have actual numbers. The one place that had some information that appears to be research based is the Nielson company (http://www.nielsen.com/us/en/insights/news/2013/u-s–women-control-the-purse-strings.html). In a comparison of males and females retail shopping trips by dollar amounts found that women spend 72% of retail sales. The retail sales channel includes mass merchandisers, supermarkets, drugstores, grocery stores, warehouse clubs and convenience/gas stations. (If you are interested in Nielson’s general methods you can find that information here http://www.nielsen.com/us/en/solutions/measurement/global-consumer-confidence.html).

My next question was what are the gender differences and how do the differences compare to Popcorn’s recommendations from 2000? Caring about the environment and putting healthy food on the table continue to be motivators for how women shop. I found one study to verify that women in 2015 want organic and environmentally friendly products. Women (European) appear to value the environment and support products such as fair trade (Morrell & Jayawardhena, 2010).

Providing the social component was another of Popcorn’s recommendations. In a study on the use of online consumer communities, Yang and colleagues (2015) found that those who use online consumer communities, such as Pinterest, are positively influenced to spread a positive word of mouth recommendation (78% of the participants are female). In addition, it appears that those who shop from Pinterest spend more money (http://www.forbes.com/sites/jeffbercovici/2013/11/15/study-finds-pins-on-pinterest-drive-sales-and-have-legs/).

Since 2000, the consumer world has changed in at least two ways, the economic downturn and the internet. Bargain shopping appears to have gained in popularity. A lot of the websites that talked about selling to women suggested that women use coupons more than men. However, one study pointed out that the more educated the man is and the more the man does the grocery shopping, the more he values coupons (Hill & Harmon, 2007).

Four areas of concern exist for internet shopping: privacy, security, credibility and the virtual experience (Janda, 2008). Janda found that both males and females are not likely to purchase when security was a perceived issue or when the virtual experience was negative. However, women were also not likely to purchase when there were concerns about privacy and if the information was not credible. When it comes to internet shopping, preferences for website design may have more to do with personality than gender. Hupfer and Detlor (2009) found that people who are high self-orientation prefer websites that improved processing efficiency and minimized effort and those who are high other-orientation preferred comprehensive and information rich sites.

One industry that consistently and successfully markets to women is direct selling (http://www.dsa.org/docs/default-source/advocacy/direct-selling-fact-sheet.pdf?status=Temp&amp;sfvrsn=0.3108299509200938). 74% of direct sellers or MLM distributors are women. Direct selling products range from vacuums to make-up to food. Why are women attracted to selling and buying from direct selling companies? Research on direct selling distributors has identified the flexibility of being a direct seller and the buying the product at a discount as reasons for joining a company.

Has the virtual world changed how women shop? The answer appears to be “Yes” and “No”. Women continue to spend most of the retail dollars. Although in many places men are taking on more responsibility for the household purchasing. Also, women continue to want products that are organic and friendly to the environment. It is not clear if that is also a trend for men or not. Women do purchase alternative medicine products, however, cost may be a factor for many women. In terms of social shopping, women continue to value the opinion of others in shopping online.

Some differences seem to be changing between men and women in the shopping arena. With the economic downturn, women and men both seem to be using coupons and bargain shopping for household goods. In addition, roles of men and women continue to change and as those roles shift, the primary person to do the household shopping may influence what is spent.