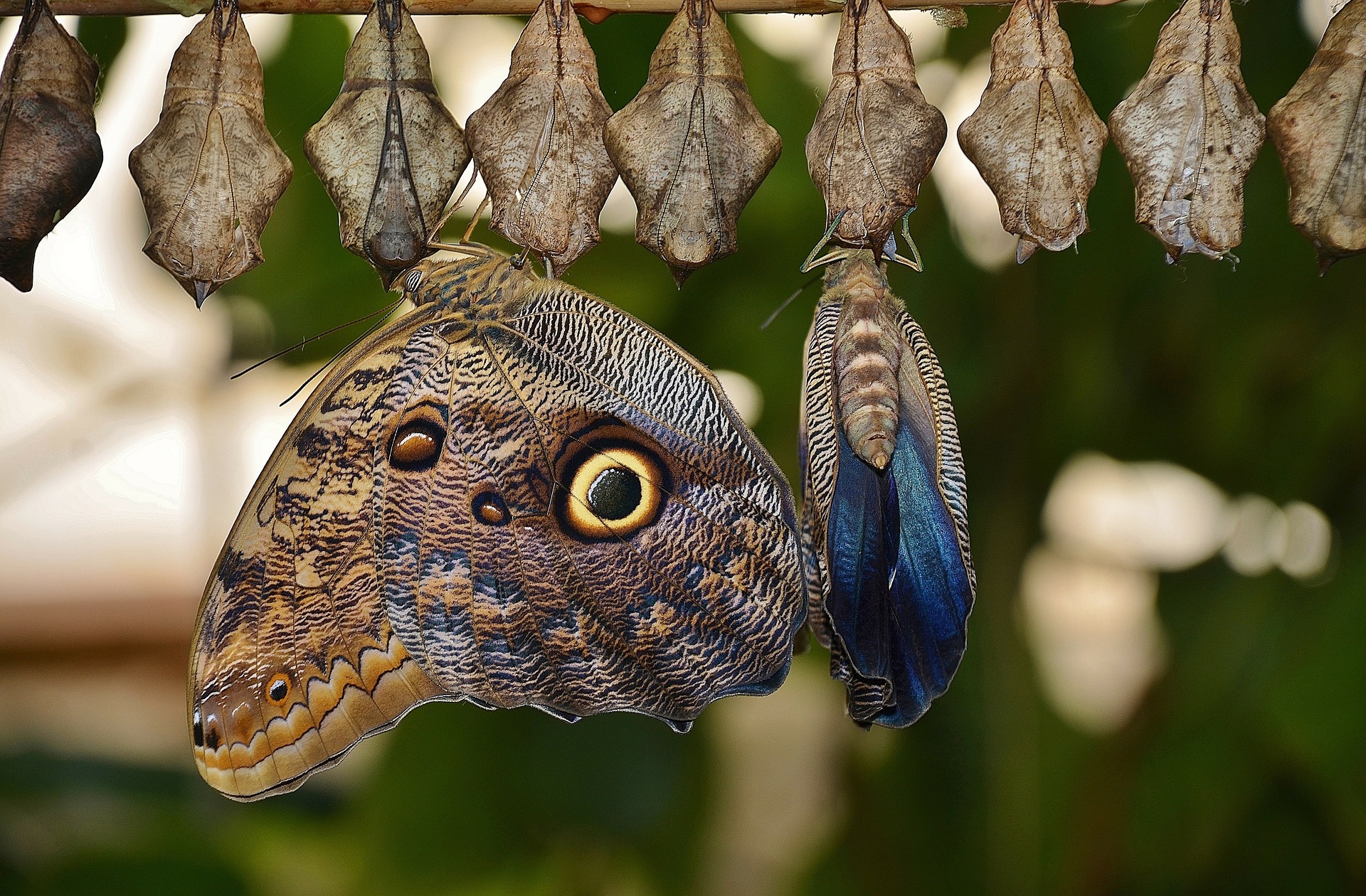 Change is uncomfortable and scary for most people. We tend to crave what is familiar; what’s safe, stable, and known. People sometimes even fear change that would clearly improve their situation in life or standard of living. Examples might include people who stay in abusive relationships, ex-convicts who commit crimes simply to return to the familiar and “comfortable” walls of prison, and people who stay in jobs they detest for years on end, constantly dreading Mondays. Change is obviously going to happen all around us regardless of whether we welcome it or not, so why do we so universally resist it? Because we have a fear of the unknown.

Someone who is unhappy at work might wonder, “What if I quit this job and can’t find something else? What if I find something else and it winds up being an even worse environment? If I have to take a pay cut, how will I make ends meet? If I don’t have seniority, what will happen if a new employer has a round of layoffs?” Though their present reality is unhappy, it’s at least known. It’s defined. Rather than risk the possibility of things getting worse, or less stable, we often try desperately to stay where we are.

Les Brown tells the story of a man who was walking down the sidewalk one day and heard a dog moaning and howling as he approached a home. The dog seemed to be in significant pain. He noticed one man in a rocking chair and several others sitting on a porch swing, but they didn’t seem to be at all concerned with the dog’s situation. As he continued past the house, the moaning and howling continued. As the man got a few steps past the house, he stopped and then walked back to the front gate. He hollered over the fence to the man in the rocking chair, “Excuse me; it seems like your dog is in a lot of pain. What’s wrong with him?” In a slow drawl, the man answered, “He’s lying on a nail.” Confused, the man on the sidewalk asked, “Well, why doesn’t he just move?” The man on the porch paused a moment, and then responded, “Well, I reckon it don’t hurt enough yet.”

Don’t we all lay too long on the nails in our lives (uncomfortable where we are, but not yet motivated enough to leave the familiarity of our present situation)? What nails are you lying on?

In addition to fear of the unknown, we resist change because we find security in routines that are familiar. We’ve become emotionally connected to an old way of doing things because we aren’t convinced of the benefits of making a change, or because we mistrust the source of the change (a parent, a boss, a particular politician, etc.).

Earthquakes can gently sway a building, causing a moment of excitement but leaving no damage—or they can level a city in a matter of minutes. The main determinant of the damage is the amount of fault slippage. An active fault that constantly moves will result in regular (sometimes daily), small tremors that gently move buildings. In other areas, there’s great pressure building up at fault lines, but the shape of the fault and the composition of the rock resists the movement. As pressure continues to build over hundreds—or even thousands—of years, an incredibly powerful earthquake prepares to be unleashed—the kind that levels cities and makes worldwide news.

Change affects our lives in a similar way. When we resist change, we’re like a fault that refuses to move. Instead, we allow incredible pressure to build until we can’t resist the change any longer. Those changes feel significant, dramatic, and most uncomfortable. They’re huge, unwelcome changes. Eventually, the new situation begins to feel normal and we’ll likely desire to stay in that place, so we stay there until unbearable pressure creates the next major—and unwelcome—shift in our lives.

A healthier approach to change is to drop our resistance. Be like the fault that easily and regularly moves, causing small, manageable tremors in your life. Socrates wisely observed, “The secret of change is to focus all of your energy, not on fighting the old, but on building the new.”

“We cannot become what we want by remaining what we are.”
-Max DePree

Policies change, tactics change, products change. Change is all around us. Whether or not a particular change is “bad” is a matter of perspective and interpretation.

Zig Ziglar used to tell the story of a hurried scramble he once made to the Kansas City airport to catch a flight home to Dallas. After battling traffic, they arrived just in time to load their heavy gear and hurry to their gate. As they waited in line for boarding passes, a woman working at the ticket counter called over all of those flying to Dallas so she could share some news. Zig quickly buzzed over to the counter as instructed. He was standing right in front of everyone else when the woman announced that the 3 pm flight to Dallas had been cancelled. Zig’s immediate response was, “Fantastic!” Confused, the woman asked why he would say that a last minute flight cancellation was “fantastic.” He responded by saying, “Ma’am, there are only three reasons why anybody would cancel a flight to Dallas, Texas. Number one, something must be wrong with that airplane, number two, something must be wrong with the person who is going to fly that airplane; and number three, something must be wrong with the weather they’re going to fly that airplane in. Now, Ma’am, if any one of those three situations exists, I don’t want to be up there. I want to be right down here! Fantastic!”

At that point, the woman elaborated by stating that the flight wouldn’t leave until later that evening. Zig enthusiastically responded, “Fantastic!” At that point, she was really puzzled. She asked why he would think it was “fantastic” to spend hours unexpectedly stuck in Kansas City. Zig responded by saying, “Never before have I had a chance to spend four hours in the airport in Kansas City. Do you realize there are people on the face of the earth who are cold and hungry? But here I am in a beautiful facility, and even though it’s cold outside, it’s comfortable inside. I’m going to go down to the coffee shop, relax for a few minutes, and enjoy a cup of coffee. Then I’m going to finish some important work that I need to do, and here I am in easily the biggest, most comfortable, rent-free office I’ve ever had at my disposal. Fantastic!”₁
Your perception of events defines their meaning and impact in many ways. Instead of automatically looking for and resisting the potential pain involved in change (whether voluntary or involuntary), practice searching instead for the positive that can come out of each situation.
“If nothing ever changed, there would be no butterflies.”
-Unknown 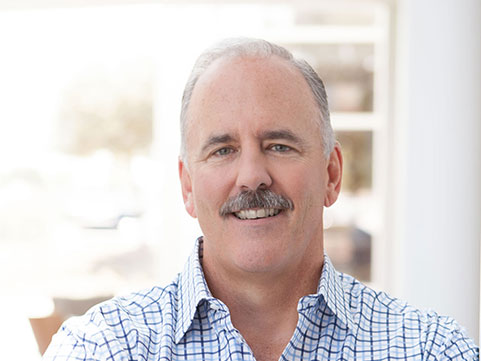 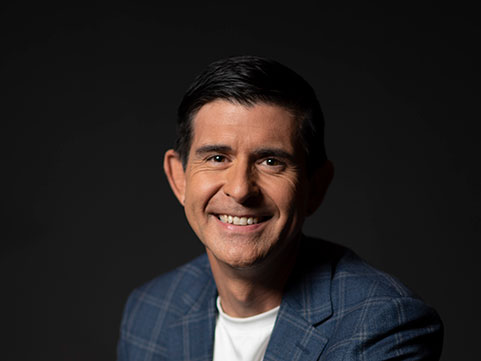